On Friday I finished grading the last of my freshmen compositions for this school year, earlier than most instructors because I had only one section. But because of the grading, I wasn’t able to write a circus-related poem for Big Tent Poetry, although I did generate a few ideas.

What came to my mind as I thought about the circus was the Ringling Museum in Sarasota, Florida. I went there once about eight years ago, and still remember the mansion John and Mable Ringling had built on the edge of the Gulf. We toured the house, filled to the brim with objects of art–paintings, sculptures, fine furniture, silverware, etc… . The house has a name, Cà d’Zan, which means “House of John” in Venetian Italian. What does it mean when you name your house after yourself, besides that you’re filthy rich? According to the website, Mable collected postcards of their travels throughout Italy and showed them to the architect who designed Cà d’Zan.

The circus museum next to the house didn’t interest me too much, but I do remember the replicas of  both serious and comedic whitefaced clowns. I had never thought too much about clowns until I visited that museum, which is where I learned about the different types.

Once when I was teaching high school Spanish I put a picture of a clown on the board and asked the students, “What makes you laugh?” It was a generic teacher assignment I had found in a writing prompt book.  Many of the kids ignored the question, and focused on how clowns scared them.

What I dislike are paintings of clowns. They don’t scare me, but a difficult to articulate nausea passes over me when I see one. Maybe this feeling is what I need to write about. I think it’s more than an aesthetic aversion to the paintings. 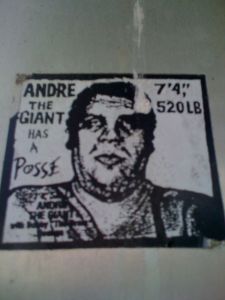