I’m sitting at the top of Monument Mountain, the place where Herman Melville met Nathanial Hawthorne for the first time.

It’s a hot day for the Berkshires. I’m sweating in the muggy air, but a slight breeze refreshes my skin. This humidity is nothing like the pizza oven heat of Georgia.

While going up the mountain I took a picture of a log bridge–I’m a little afraid of crossing narrow bridges, even when there’s nothing but a creek below. So I took a picture to illustrate the obstacles I’m forever confronting. 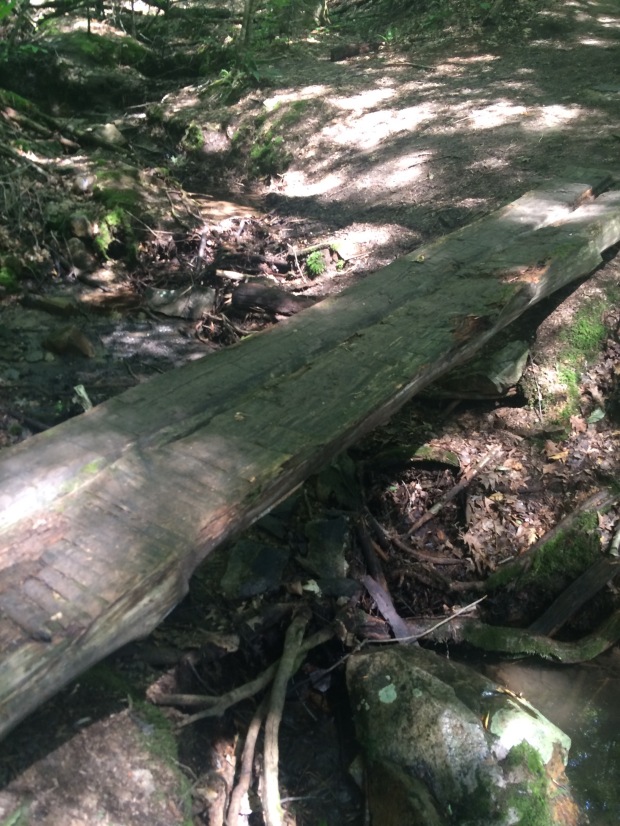 When I went to look for my phone to take another picture, this time of the rocky ascent to the summit, I realized I had left my phone at the log bridge.

So back down the mountain I went. A couple had seen my phone in the ground where it must have slipped out of my backpack (or what is more probable is that I missed the pocket completely, dropping the phone silently on the pine straw and moss covered path).

While climbing back up to where I am now, I thought I would maybe start leaving my smart phone behind when I go on these long walks. I usually put my phone in airplane mode, and I don’t check email, but I do use it to take pictures.

So here I am on the summit, thinking about Herman Melville and typing into a WordPress app. I read that the day he came here with a gathering of local literary types, it rained, and he spent a good while describing to Nathaniel Hawthorne the intricacies of manning a whaling ship.

The trail here is well maintained. The granite and schist stones form a staircase that allows the hiker to reach the top fairly easily, but I doubt the rocks were arranged so artfully when Melville walked here.

The air was the same, the flora and fauna the same, and some of the views. From where I am now, I can see Monument Mountain high school, where someone has written the name Maia in large white letters on the lawn in front of the school. Even from this height I can see the heart over the letter i in place of a dot. Someone loves Maia.

To enter the nineteenth century imagination, I think I would have to abandon iPhone technology for a while. I don’t even know how Melville would have traveled from his Arrowhead farm in Pittsfield  to Monument Mountain in Great Barrington. Horse and wagon maybe? I know he liked to camp and was an avid outdoorsman.

He became depressed after Moby Dick didn’t sell, and he turned to alcohol. This is a lesson in not tying one’s ego to one’s art. I don’t blame Melville–he had to support his family, and he had wanted to do so by writing. Art and business don’t mix. Robert Graves said something to the effect : “There’s no money in poetry, and no poetry in money.” 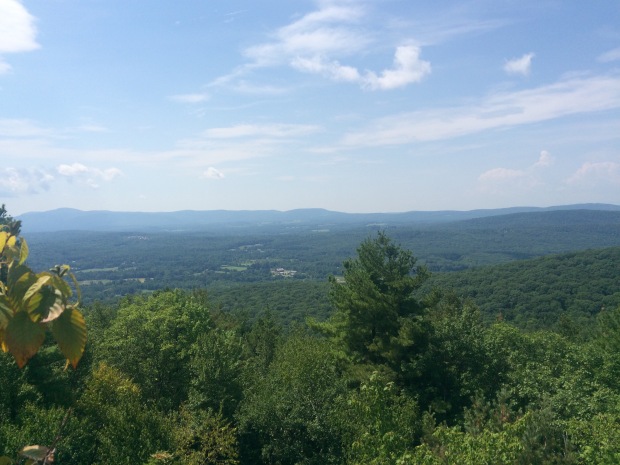 Today’s walk took me from Iron Ore Road in West Stockbridge to Lake Mahkenaac in Stockbridge, also known as the Stockbridge Bowl.

The plan was to swim across the lake once I got here, but lightning and rain rolled over the mountains, so now I’m huddled under a tree, waiting for SA to come get me in the car.

I had to walk along a highway to get here, not too busy with traffic, but the speed limit was 50 and there was no sidewalk. I tried to walk in the grass and face oncoming traffic whenever I could.

It was not a meditative walk due to the cars, but I did think about Antonio Machado’s poem, sometimes translated as “The Wayfairer,” other times as ” The Traveler.”

When I walk alone and set my own course, I sometimes feel lonely. My obstacles are at times tangible, like the cars on the road, but often the blockades are  mental. It’s a matter of summoning the motivation and finding the courage to make my own path, again and again. 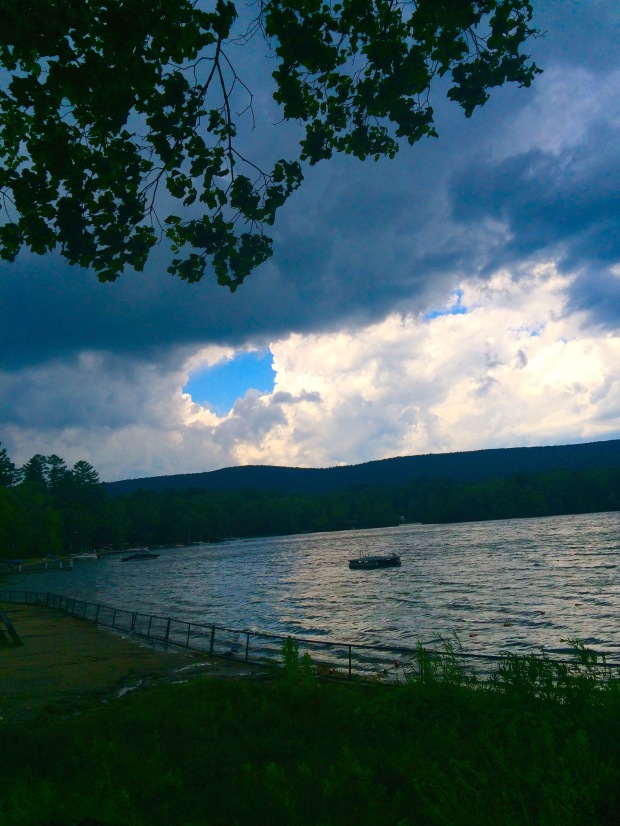 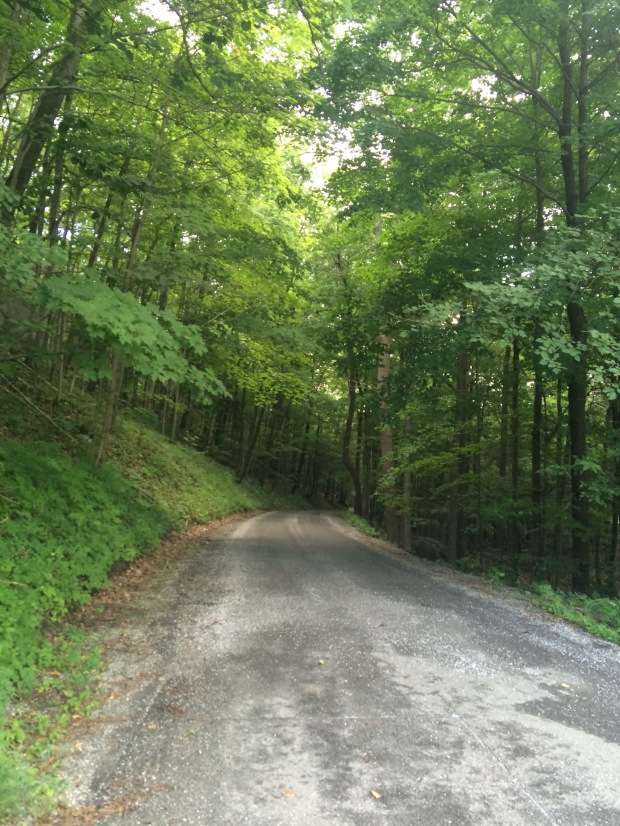 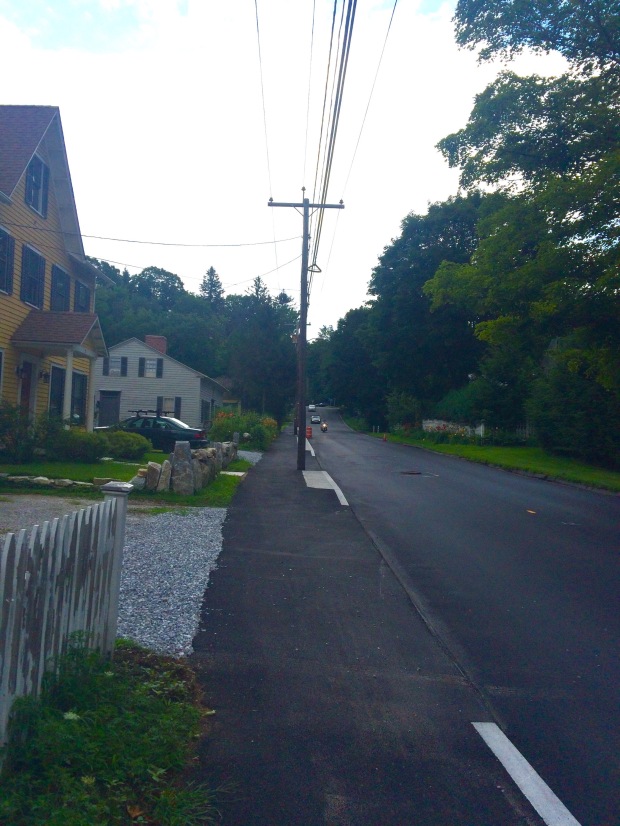 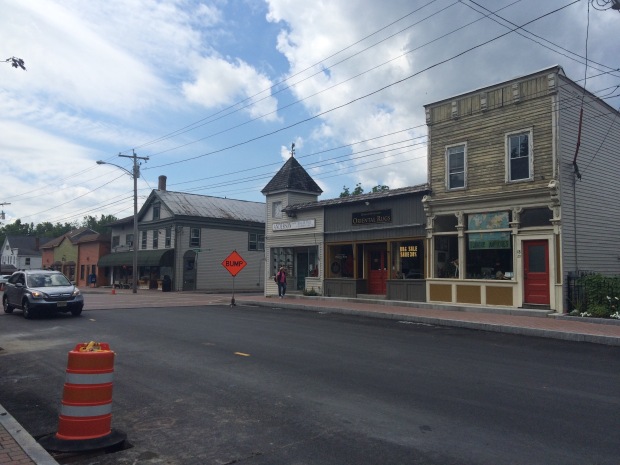 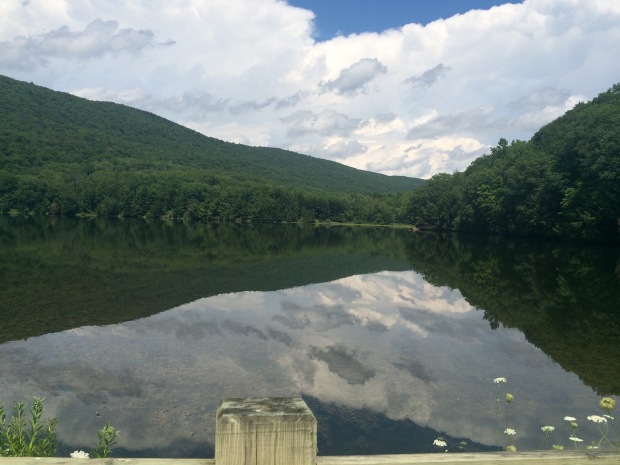 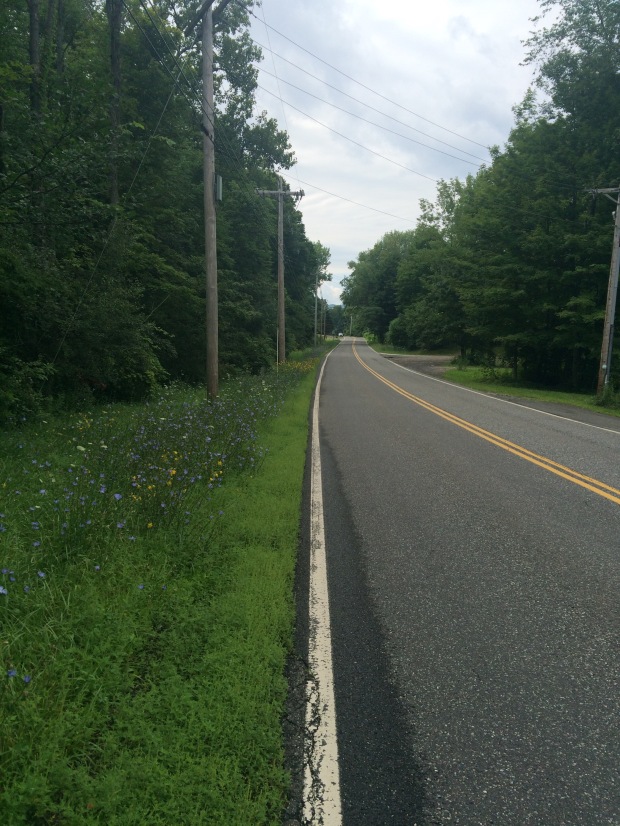 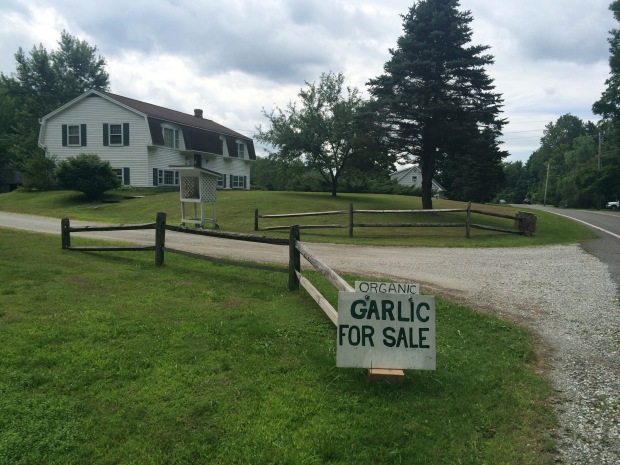