True to my word, I have eked out a bit of time during the holidays to try some of the craft tips and writing prompts in The Crafty Poet by Diane Lockward.

If I feel reluctant to put my thoughts on paper, I sometimes take refuge in a received form. Traditional forms are puzzles to work out. Formal verse is a constraint that forces me to look for le mot juste.

To learn about how to write a sonnenizio, a term Kim Addonizio coined to name her variation on a sonnet, go to page 61 in The Crafty Poet.

Lockward includes Addonizio’s sonnenizio in the sound section of her book. In this form, Addonizio borrows a line from an existing sonnet. She then chooses a word from that line to repeat in the subsequent 13 lines.

The reason Lockward shares this prompt is to encourage the poet to see how repetition of a word or words in a poem can influence the poem’s music. In my poem, I chose a line from Pablo Neruda’s “Ode to García Lorca,” translated into English by Donald D. Walsh.

Even though Neruda’s poem is not a sonnet, the line I chose contains 10 syllables in English, and so I worked it into this sonnet variation.

Sonnenizio after a Line from Neruda

When to sing you rattle doors from their frames,
your singing jolts the marrow in my bones.
When to sing you shake arteries and teeth,
your singing fells the glass from my windows.
A draft hisses through my rooms. An owl’s song
fibrillates the night with an odd birdsong,
songs of darkness, songs of a single note.

When you open your throat to sing, starlings
singsong their shadows across the gray sky.
A chorus of poplars sing their dried leaves
over a blues-singing sunset. Boulders,
their lichen mouths split wide, appear to sing
as they gasp for air, a thin winter song,
a song-fraught December, a solstice psalm.

Writing this poem was a lot harder than I thought it would be. I kept thinking of García Lorca, who was assassinated by the Spanish Civil Guard during the Spanish Civil War. And it was during the solstice when I was writing, the skies gloomy and quick to turn dark.  But the hardest part was repeating variations of “to sing.”

The other reservation I have with this poetic form as I applied it in my poem is that, apparently, a sonnenizio is a parody of the sonnet in the same way that Billy Collins’ paradelle is a parody of the villanelle. By keeping García Lorca in mind, there was no way I would be writing ironically. 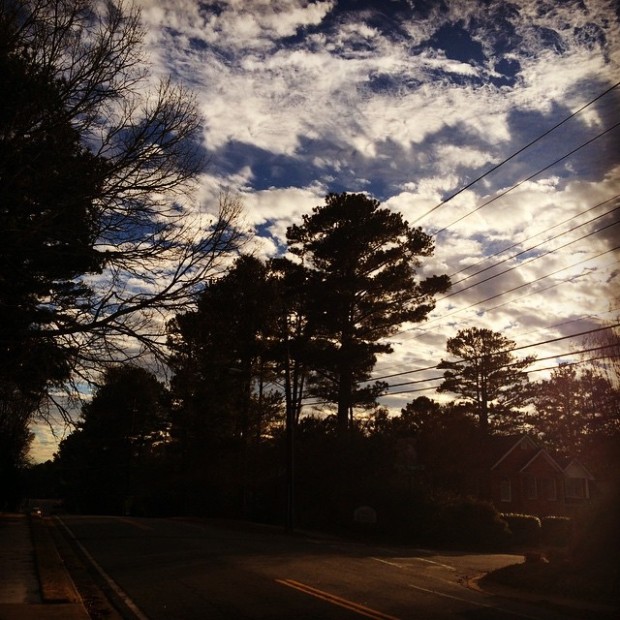