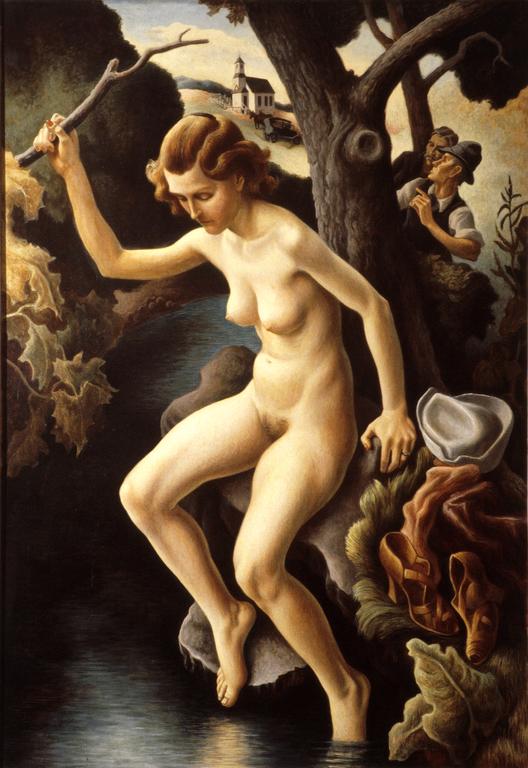 This painting by  American artist Thomas Hart Crane (1899-1975) depicts the story of Susanna from the Book of Daniel, a story excised from the Old Testament. Susanna and the Elders forms part of the narrative of “Peter Quince and the Clavier” by Wallace Stevens, a poem we read in a course I’m taking.

Stevens used the story as a way of illustrating the concept of lust, although in the poem he merely calls it desire. When I read the poem I was a little confused (and I still am) by Stevens’ choice of subject matter. To me, the elders were basically peeping toms or voyeurs. Anyway, I like this painting. It’s a contemporary spin on an old image.

7 thoughts on “Thomas Hart Benton, Susanna and the Elders”